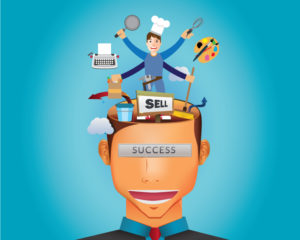 Despite what people around you might say, diligence and dedication to even the most seemingly unimportant tasks do more than just reveal your character: it predicts your success. How you do anything is how you do everything. There are plenty of jobs that people might find themselves doing which they’d prefer not to. But one can only earn the right to meaningful work when they have demonstrated that they are deserving of it. 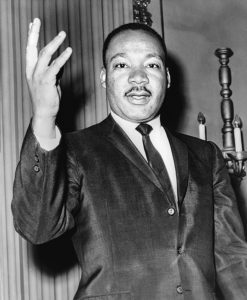 Dr. King was fighting for equality at a time when that was not only not a popular buzzword, but when the idea was anathema to much of the American population. He recognized that doing the work our hands find to do well, no matter what sort of work it is, was vital to the health of an oppressed people.

Black people were actively, systemically prevented from many of the sorts of jobs that were considered “dignified” or “respectable.” But Dr. King knew that the work wasn’t dignified or undignified. He knew that if his community could embody the dignity they knew they deserved. If they really owned it and performed well wherever they had to; they could show the powers that there was no reason for them to be singled out and discriminated against. And that meant being dedicated to excellence in the face of overwhelming difficulty.

If we can work hard at what we’re doing; even when it isn’t work we’d prefer and especially when it feels beneath us. We build for ourselves a deep well of character and consistency that will bring us success in the highest reaches of human achievement. But if we cannot sweep with dignity and with focus, with excellence, we will never get there.

The small things, the trivial unimportant stuff you think isn’t a huge deal, those things matter in the long run. You cannot draw water from an empty well, if you spent 35% of your time blowing things off because they feel unimportant, you won’t be able to throw your full self into the things you think are important. 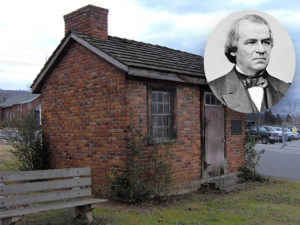 President Andrew Johnson worked as a tailor before pursuing a career in politics. At one point a heckler tried to rile him up by making fun of his working-class background and his response was perfect:

“That does not disconcert me in the least; for when I used to be a tailor I had the reputation of being a good one, and making close fits, always punctual with my customers, and always did good work.”

Johnson recognized that his work as a tailor was not a detriment to his abilities as a politician, that what he learned then would carry through to his work wherever it took him. In case you’ve not brushed up on your history in a while, it took him to the Vice President’s chair. Then, when Abraham Lincoln was assassinated, he assumed the Presidency himself.

Other American Presidents have come from humble beginnings, James Garfield worked as a janitor at the college he attended at the same time. He would clean all morning far earlier than most people were awake, then he’d ring the bell for the school day to begin and trot off to class.

Ryan Holiday puts the next part of Garfield’s story well: “Within just one year of starting at the school, he was a professor — teaching a full course load in addition to his studies. By his twenty-sixth birthday, he was the dean.

Beyond the Employee Mindset 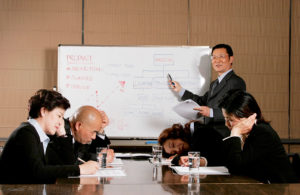 The employee mindset, the idea that one should get away with as much as possible is lazy. And doesn’t just hurt their boss or the company they’re working for. This hurts us just as much when we engage in it. We’re selling ourselves short, and we’re training ourselves to cut corners and take the easy way out. When life really gets hard and something difficult stands between us and our dreams. The easy way out will be quitting and we’ll be that much more likely to do it.

That’s why great employees are offered opportunities and some stay in the same place or are fired. Great employees who have shown to be faithful with smaller responsibility get promoted. Or someone else takes notice of their skill and they move on to bigger and better things. Poor employees stagnate at the entry level, where expectations are low and where the pay and the satisfaction are too.

“The limit [read: the category] does not exist.” – Mean Girls

We tend to split our lives up into categories in our minds, arbitrarily separating things into important or unimportant areas, happy or frustrating places, etc. Our brains love categorization, we do it naturally and sometimes it can be really helpful. But this pattern also creates immense blind spots that we sometimes need extra help to notice.

Carolina Caro is not the sort of person you’d expect to need help with motivation or consistency. She’s a top-notch Leadership Coach and a contributor to publications like Forbes. But in this recent piece she wrote about a time when a client at one of her workshops helped her notice; something she’d been blind to for a while:

“I was heading out to my car, carrying a ton of things, when one of the participants asked me if he could help. I turned him down, despite the fact that I was obviously struggling on my own. He persisted until I accepted his offer. He was able to point out that he had previously extended his assistance at other sessions. And I had consistently refused. It was only at that moment, as he stood there perplexed about my inability to accept help. I was able to even acknowledge the behavioral pattern that I had been repeating without any self-awareness. That day, a huge blind spot was revealed, and the possibility of a transformational shift opened up for me.”

One of the things Caro always did when working with clients after uncovering a blind spot or a similar issue like the one she had just recognized was to ask this question:

“How else might this be showing up in my life?”

These categories we set up in our minds of “work, relationships, important things, dumb things” aren’t actually separated by anything at all, we’re the same person in every environment. Which means that who we are and what blind spots we have likely affect us in each of them.

Caro recognized that this unwillingness to let people help her had created a false distance between herself and the people around her that did not need to be there. In fact, it was actually making her life harder. “I was surrounded by people who cared about me and genuinely wanted to help me. But unfortunately, I was robbing myself of the opportunity to receive support in an unconscious attempt to be Superwoman.”

Areas of our life

If we are lazy in one area of our life because we think it is fine if we cut corners there, that is going to affect our drive in other areas as well. Our brains are great at forming habits, but not great at recognizing categories. The little neurological kick we get out of blowing something off feels the same whether it is blowing off the sort of thing you’d get fired for at work or blowing off something small like taking the garbage out when you’re at home; our brains don’t know when to lay a behavior and its response into the habit-forming centers and when not to. So that means that laziness in one area of your life will bleed into the other areas. Everything is connected, so everything is important.

This is becoming more widely recognized in the world today, which is why we hear so much more about work-life integration instead of work-life separation.

Take It From The Rock: No Work is Stupid 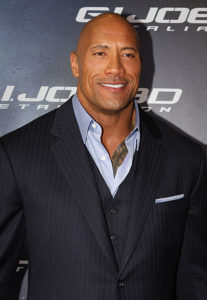 But he didn’t stop there, Johnson was able to parlay his success in the WWE into roles working in movies like The Scorpion King and others, eventually landing more and more critically and commercially successful films as time went on. Recently he voiced Maui, a bonafide animated Disney movie demigod, for Moana; which joined super hits like Frozen and Zootopia in terms of worldwide profits.

I’m sure plenty of people rolled their eyes at Dwayne Johnson while he was working in the WWE. And while he was doing small roles as monsters or thugs in various movies over the years. But he understood that how you do anything is how you do everything and that his dedication would pay off. I think it is safe to say that it has.

I have been good at exceeding my job expectations. I work hard and I have done everything possible to show my faithfulness to my boss but I still keep getting passed up from promotions. What should I do?

Well, this depends tremendously on where you’re working and where you’re at with your job. Sometimes you’ve gotta grind it out for a long time before getting the role you’re after. Especially if you’re in a creative industry where jobs are harder to find.

It also depends on who your superiors are and whether or not the culture of your workspace is healthy. I’d get together with a mentor who is in a position you want to be in and lay it all out. Ask what you should be doing to get to the next stage. And there’s a decent chance they might tell you to look for that position somewhere else.

My life is a mess, I don’t feel like I’m doing anything well and that means that everything I’m doing is suffering, how do I get back on track?

Remember, it is the small things that matter. The reason that’s true is that small thing stack up until they build momentum. And then suddenly you’ll notice yourself operating at a much higher level. Also, everything is connected, so if you’re broke, depressed, not eating well, and working a job you hate; those things are all playing off of one another.

So take one of those things and focus on it until you see some improvement. Then set a goal with the next area and push at it until you succeed there too. Don’t bounce desperately back and forth between things, focus on one thing at a time.

So start small, and start focused. You can do it! 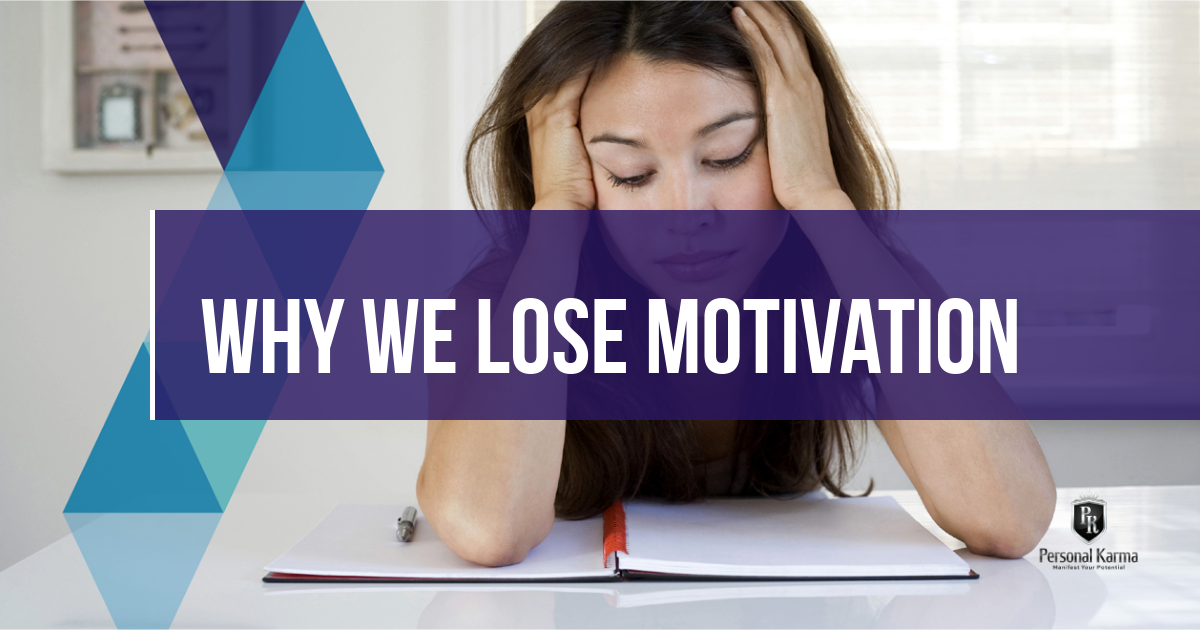 Why We Lose Motivation

Why We Lose Motivation and How to Fix Once and For All At first, it was glorious, there was energy and drive to push as far as needed to get progress because the work seemed worth it. Then, suddenly, inexplicably, you found yourself putting things off, or wanting to. The project that once put aRead More » 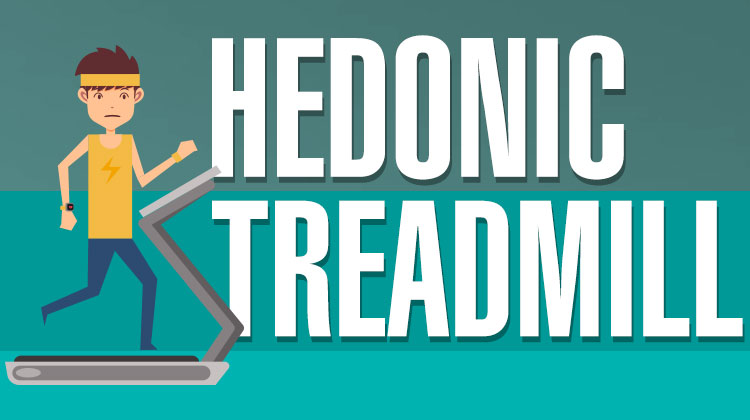 The Hedonic Treadmill is a term in psychology which refers to a pattern of behavior where the unusually impactful events of our lives, a death in the family, winning the lottery, et cetera, may cause a temporary spike or dip  in our happiness but that overall our levels of happiness do not change muchRead More » 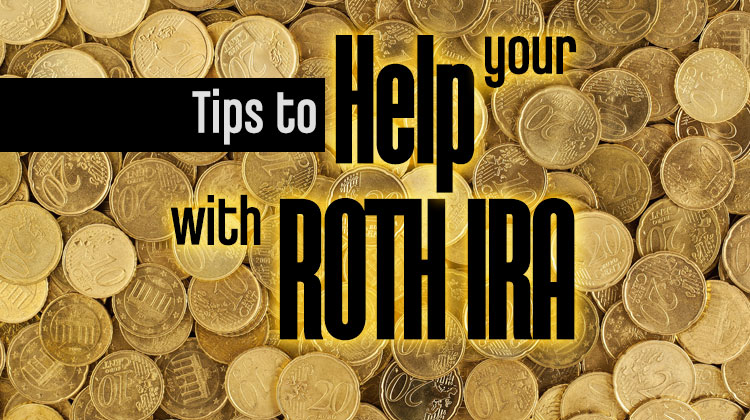 Tips to Help Your Children Get Rich With a Roth IRA

We all want to give our kids the best life possible, and a big part of that is helping them learn to save money and handle their finances responsibly. As a parent, you want to make sure that your child’s financial future is stable and that they are able to retire comfortably someday. If yourRead More »

The Power of Owning Your Own Choices

What do you think? Cancel reply