Biblically speaking, the universe was created by God using words. Basically, everything that exists began with somebody saying something from their minds, establishing a reality.

If sticks and stones may break our bones, a single word can pierce right through our heart and mind. One word can change someone’s perspective for a moment, or maybe even for a lifetime. Words are the most powerful force known to man—using it can either construct or destruct. Not only do a person’s words matter, but also the tone and manner which they use also have a relatively significant impact. That’s why being impeccable with your word is essential in reaching a meaningful interaction with others and attaining self-contentment and real happiness in your life.

However, many people struggle with handling their emotions that the words coming out of their mouths end up cutting others deeply and also hurting themselves consequently. Because of this, impeccability isn’t an easy feat but an ability acquired through a continuous process.

Don Miguel Ruiz wrote in his book, The Four Agreements, a code of conduct everyone can follow in order to live a life of joy, love, and peace. The first principle of which is to ‘Be Impeccable with your Word.’ To be impeccable literally means to act with the highest standard, incapable of sin; to be faultless or flawless. In a nutshell, to be impeccable is to be in your best self, not expressing negativity and judgments. This may look simple but is really crucial and difficult to practice and live up to.

What we have to instill in our minds is to understand that there’s more to words than grammar and spelling. It’s more than the construction of letters that we say when we speak. Words are a product of our thoughts and the catalyst of our reality. Whatever we say reflects what we feel, what we think, and what we do. Oftentimes we speak out of anger or extreme sadness and words can only make it worse but if used wisely, words can defuse that fire and de-escalate negativity.

Usually, in heated arguments, we tend to act and speak in self-defense or resort to counterattacks that include criticisms and blaming others. Thus, it will only result in nothing but conflict. If we want to reach an understanding, we must not focus on finding the faults of one another but talk about what we both need in order to establish a collaborative atmosphere that may find ways to meet everybody’s needs. A discussion with a harsh startup is doomed to end in the same negative tone, same with a positive startup.

Part of being impeccable is to also not let yourself get offended too easily. Apart from tasting your words before you spit them, you also have to feel and digest the words hurled at you no matter how offensive or thoughtful they may seem. While it’s not wrong to fight for yourself, you must still learn to respond with professionalism and respect. Don’t be like the person who dehumanized you.
While it’s true that lashing out is an attempt to feel better, and yes, the instant comfort is satisfying after an outburst but that comfort is always short lived. Those unkind words you said or shouted make your heart feel unsettled. Or even if you don’t mean any harm to the words you may have spoken, maybe the way you said them can actually mean another thing.

Communicating is in our nature, and judgments are inevitable but we can lessen it through filtering our words to ourselves first before spitting them out carelessly. When we communicate, it means we impart our ideas meaningfully and respectfully, not through plain criticisms. And being impeccable with your words are more likely to inspire compassion and positive response from other people.

Ruiz encourages us to express ourselves in ‘the direction of truth and love’. To speak with integrity and truth may include not telling lies and speaking with accuracy and intent. Practice improving your self-awareness of the words you used to describe yourself, your life, or other things. We have to choose our words carefully, we have to think about it thoroughly. Before speaking, spare a few extra seconds to ponder that what you will say is not something you will regret like offensive, inappropriate, or nonsense words. You can stop mid-sentence in conversations, if you must, to rephrase what are you going to say or at the very least, you can be sensitive enough to your thoughts and rhetoric. Words of substance come from a rational mind and not from instantaneous thinking.

Everything you say is like invisibly embedded in a contract—making you liable to every single word you uttered. If you speak differently, there will be repercussions of some sort and you’ll end up with zero to low credibility. And who wants to be a person not completely trusted by his acquaintances or thinks that his words don’t have much value?

Impeccability succeeds clarity of what you say and the message that you intended to convey. And it helps if you also start eliminating negative and exaggerative words such as “can’t,” “won’t,” or “always” because these make you stick to a belief, thinking that it’s always positive. Like saying that you can’t be late or that you’re always on time. It might take a toll on your mind—you may become overly anxious or too disappointed to yourself if you happen to arrive late to an appointment, even just once. Choosing the right words will mean so much to you at an intrapersonal level.

In communicating, we must focus on “what is,” highlighting the positivity in something, not the “what’s not” or the other way around because obviously, “what’s not” will elicit negativity. What you say will label you. So, if you describe yourself in your weaker areas, you have to say it in a way that it will still come out inspiring like saying that you have room for improvements and you’re more than ready to be better in turning your weaknesses to strengths. 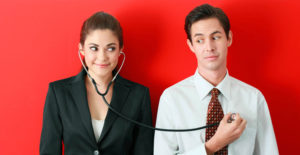 We can also practice to listen more and talk less especially when someone is sharing us something personal or important. While it’s common for people to want to have their voices be heard, it is also refreshing to mind the gap in a conversation and listen thoughtfully to the other person talking.

Gary Chapman referred words to bullets and seeds in his book titled Love as a Way of Life. The metaphors he used fittingly represent the contrasting impact of words in our lives. Words are bullets, our mouth is a gun. When fired upon others, you can obviously harm them. However, a gun has a recoil which means that you can get hurt, too. When we explode, all the words we thought we can contain in our vessel of patience come out, not caring where they land or how deep they penetrate to its victim. It’s like shooting down people wherever we go, leaving them like dead bodies.

But words can also be seeds, we become planters. When we plant seeds with our words, we nurture relationships and develop connections. We help other people grow and eventually we will see good crops around us. These words that we utter must make, not break, someone. A little act of kindness matched with your words goes a long way.

Well, it all comes down to understanding that we don’t really know what’s going on with other people’s lives. When you make them feel miserable even just one time, you don’t know how deeply that affects their entire existence. Everything we say and act affects everything, like a cycle.

When we aren’t mindful, we speak without thinking. We allow our emotions to devour ourselves, we became powerless and overly emotional. We find words come out of our mouth without realizing it. By creating the habit of being impeccable, we train ourselves to be more aware of how we present ourselves to the world. Though it will take you time to really become impeccable and even if you’re one already, you’ll still find yourself in the fault sometimes but it’s all okay. What matters is that you keep on living with integrity and respect through the words you’re using.

Now as you know what can word do, you might also interested in getting the clarity in your vision
words 0 Comments 0

Tips to Help Your Children Get Rich With a Roth IRA

What do you think? Cancel reply